About Allard Transport and Management Consulting 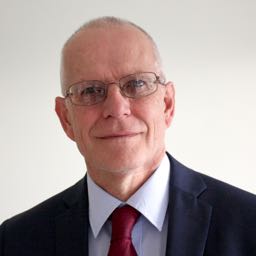 John is a very experienced transport executive who has particular expertise in the areas of transportation planning and strategy, business case development, project evaluation, and transport policy.  Over a 40-year career he has worked in the local government, central government and private sectors across the UK, New Zealand and Australia in a range of expert technical and senior managerial roles, with a strong focus on transport infrastructure and services.

As a consultant John has assisted a range of Governments including the Australian states of Victoria, Western Australia and New South Wales, the UK Ministry of Transport, the New Zealand Transport Agency and the council organisation, Auckland Transport. He has been an expert advisor on multiple transportation studies from the national, state and city level to individual corridors. These include trunk road studies in north-west London, providing expert advice on transport modelling and developing the One Rail strategy for passenger and freight rail use for the Victorian Government, and multi-modal studies in New Zealand’s largest city, Auckland and the capital, Wellington.

He has led the development, or peer reviewed business cases, for the largest transport projects in Australasia including heavy rail in Melbourne (Melbourne Metro), Sydney (North West Rail Link) and Auckland (City Rail Link) and for light rail/tram/bus in Melbourne and Auckland. Each of these business cases has been dependent on the associated transportation studies and the sophisticated models of the transport system that John has used.

John holds an M.A. in Mathematics from Oxford University and an M.Sc. Transport from the University of Newcastle-upon-Tyne.